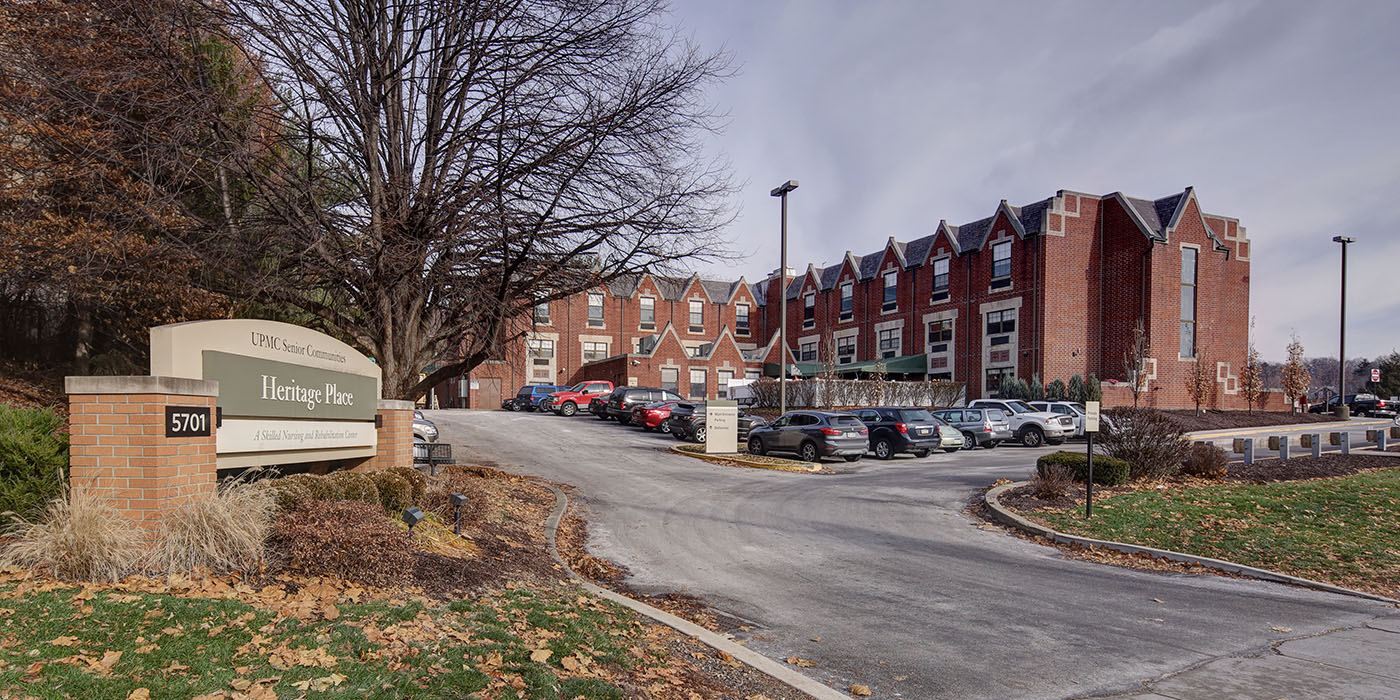 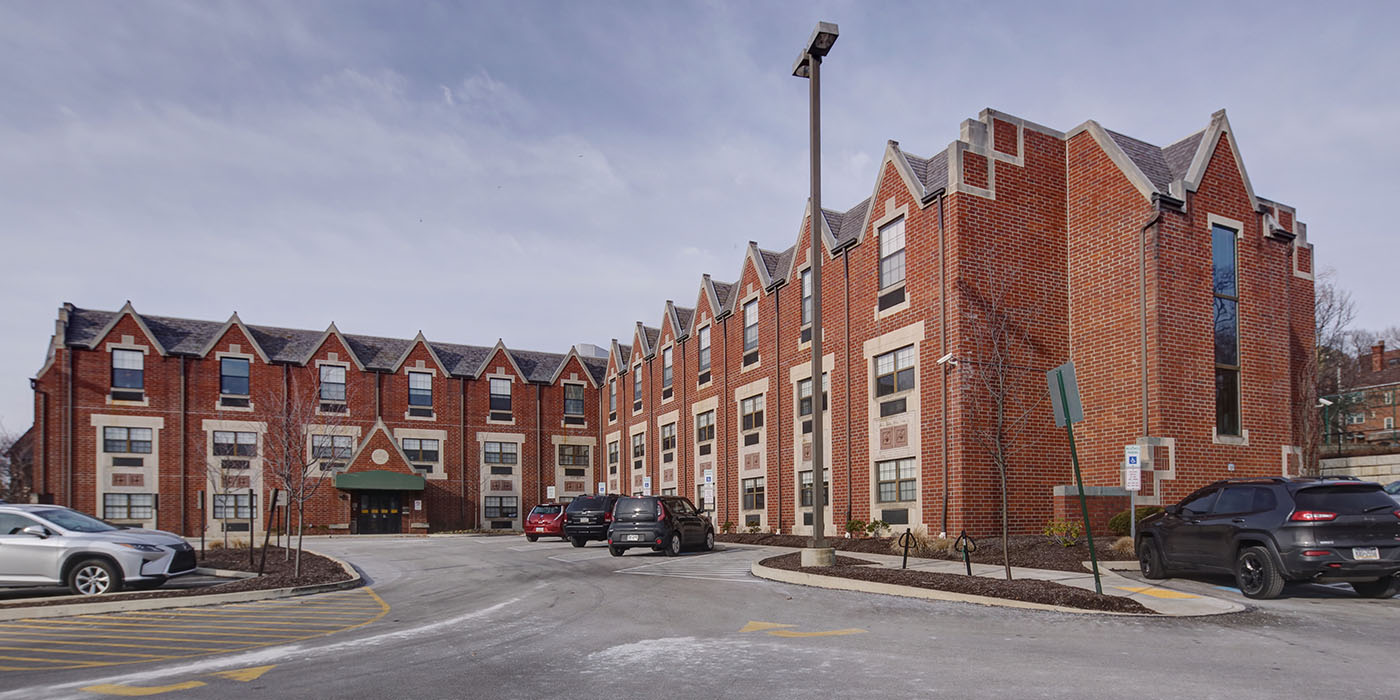 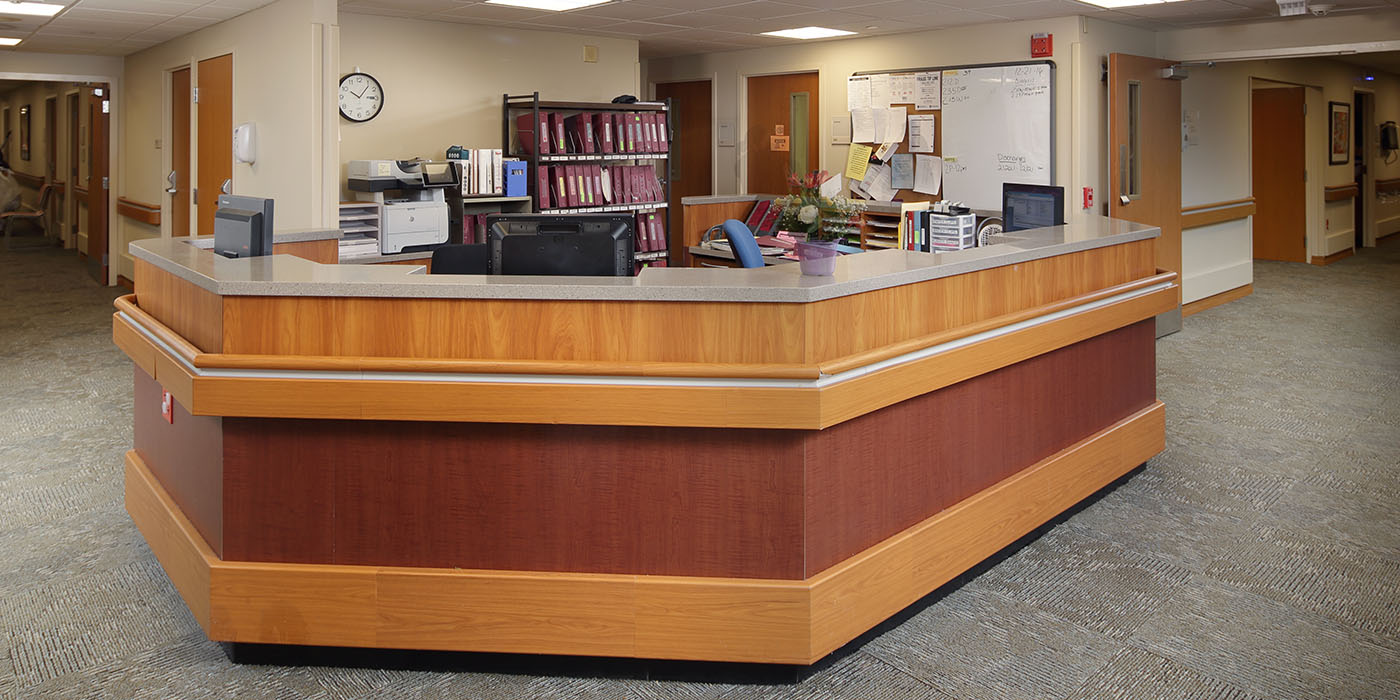 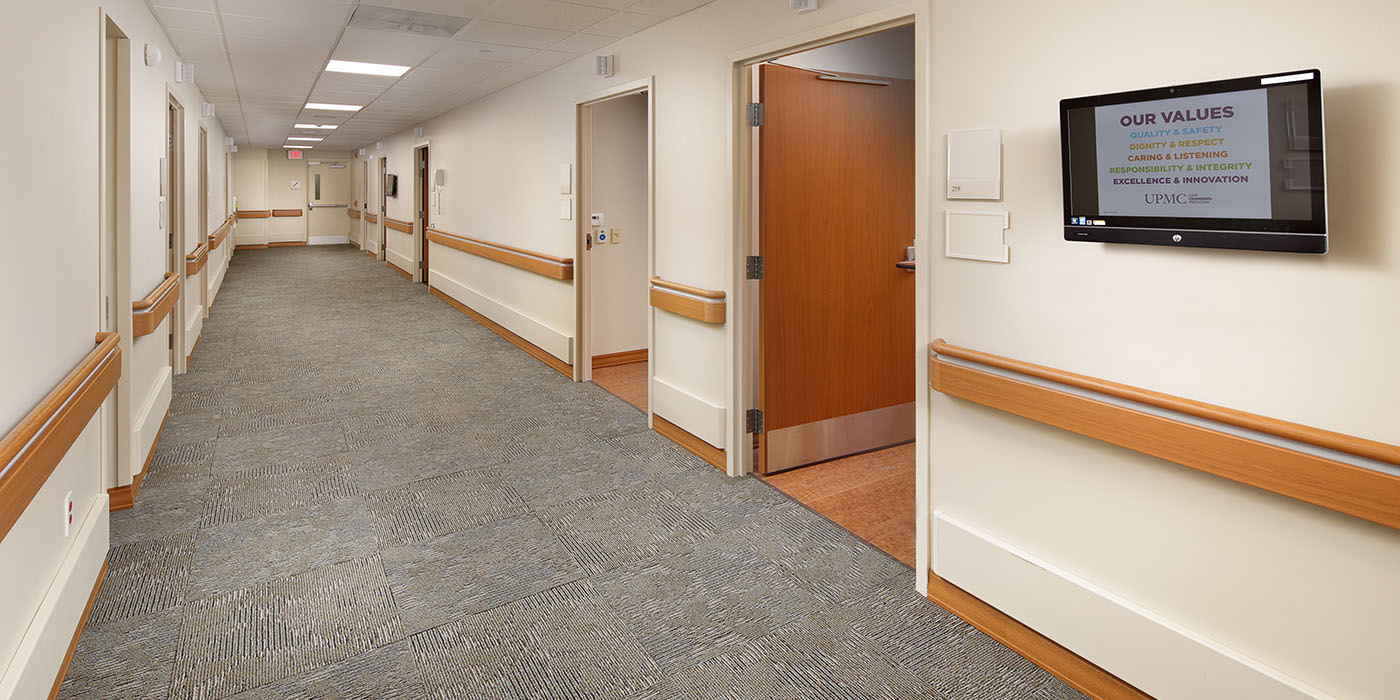 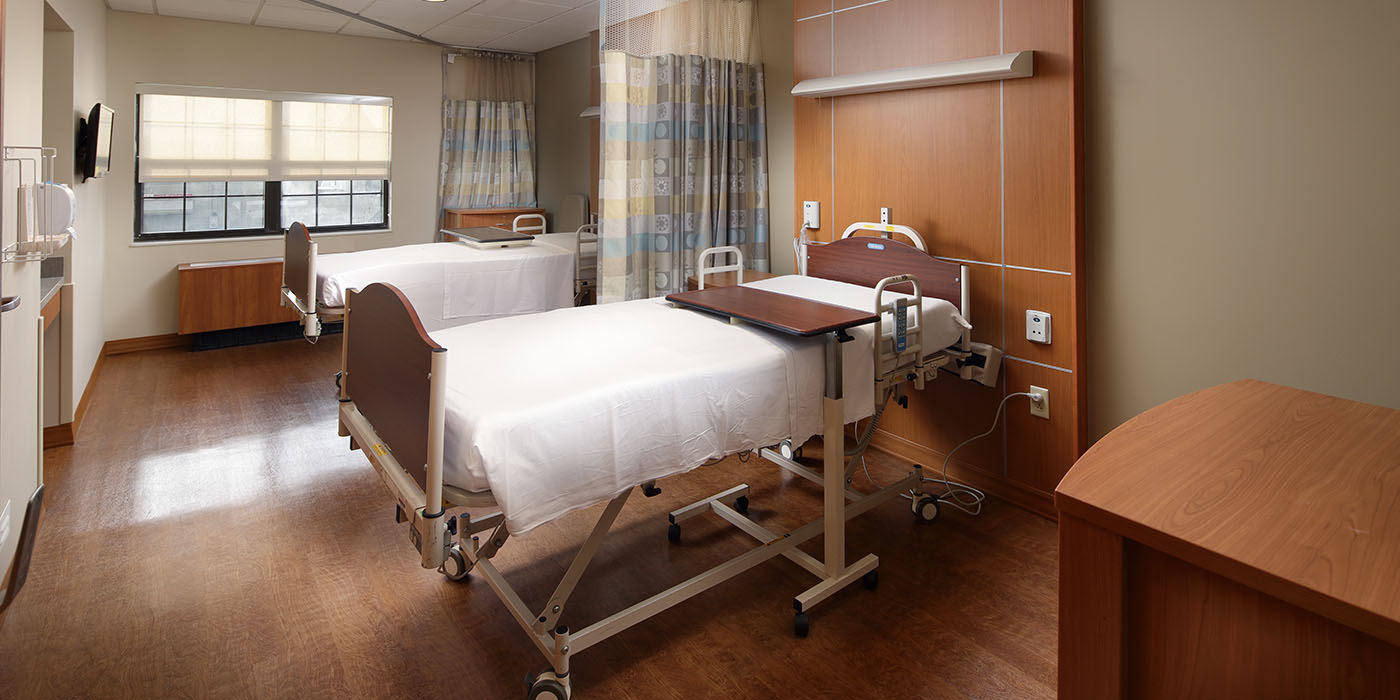 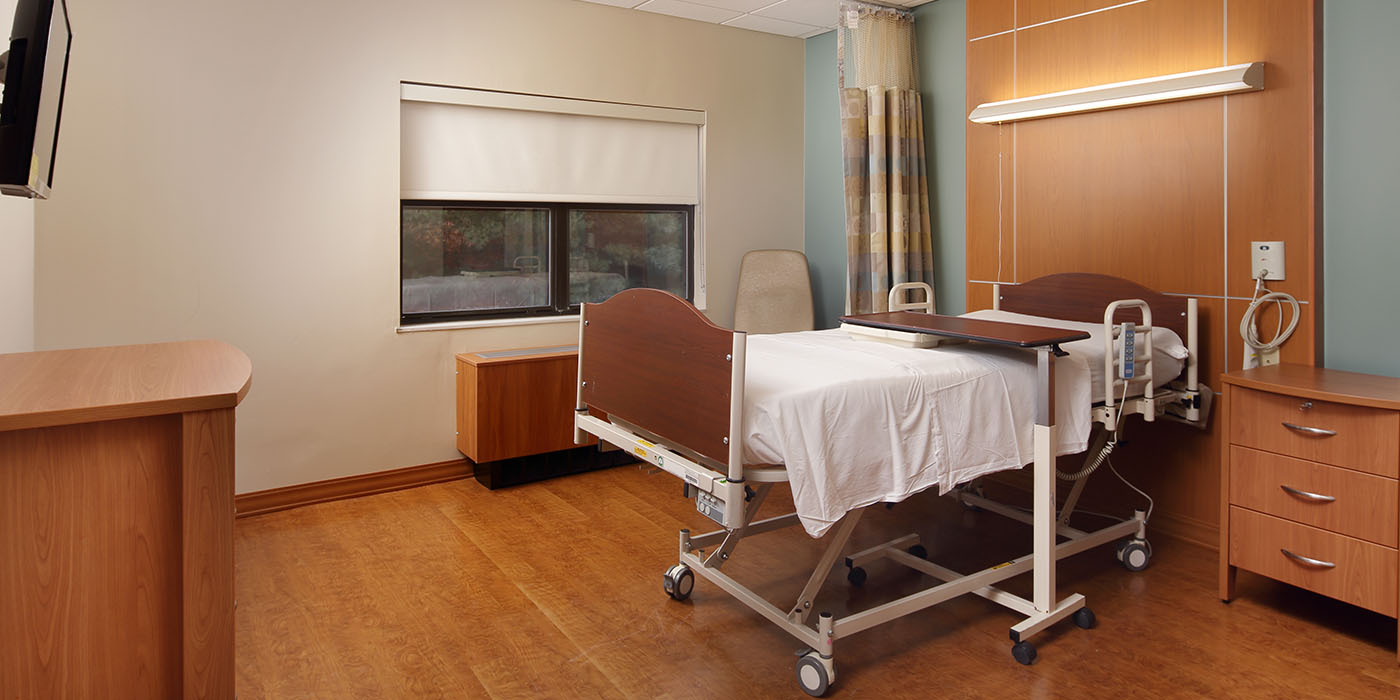 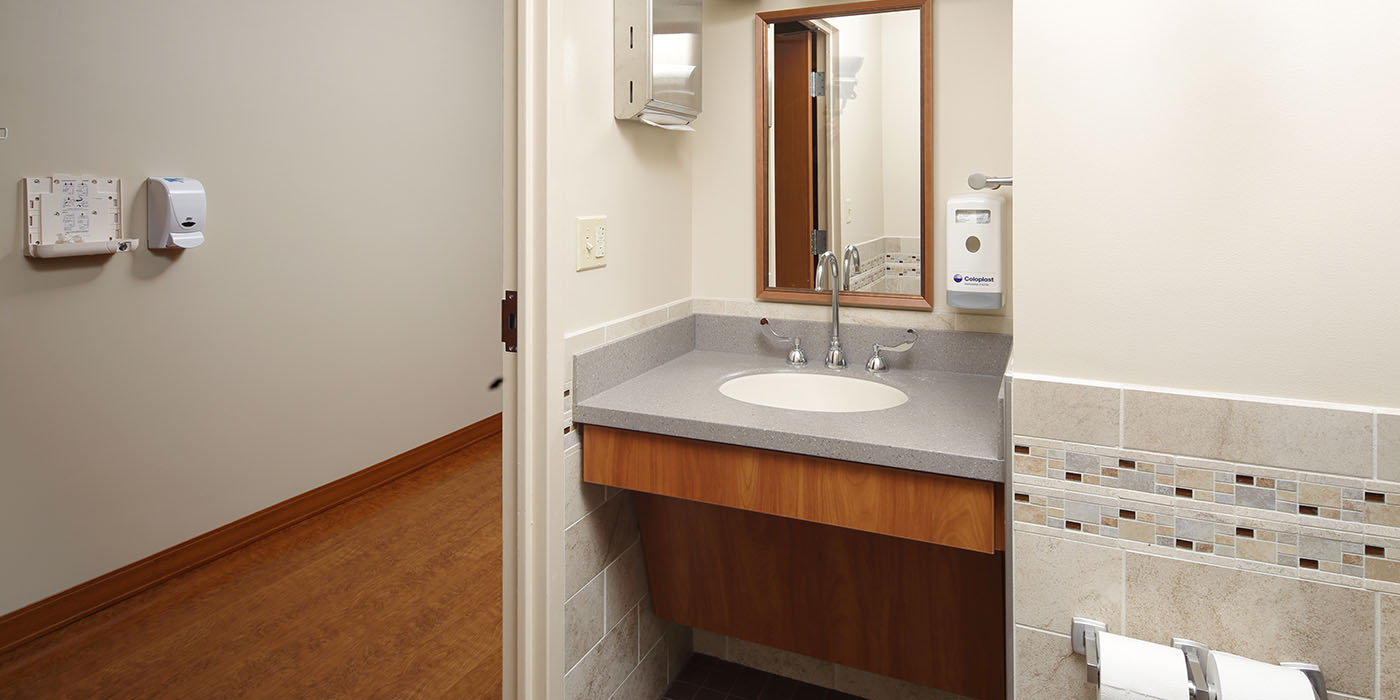 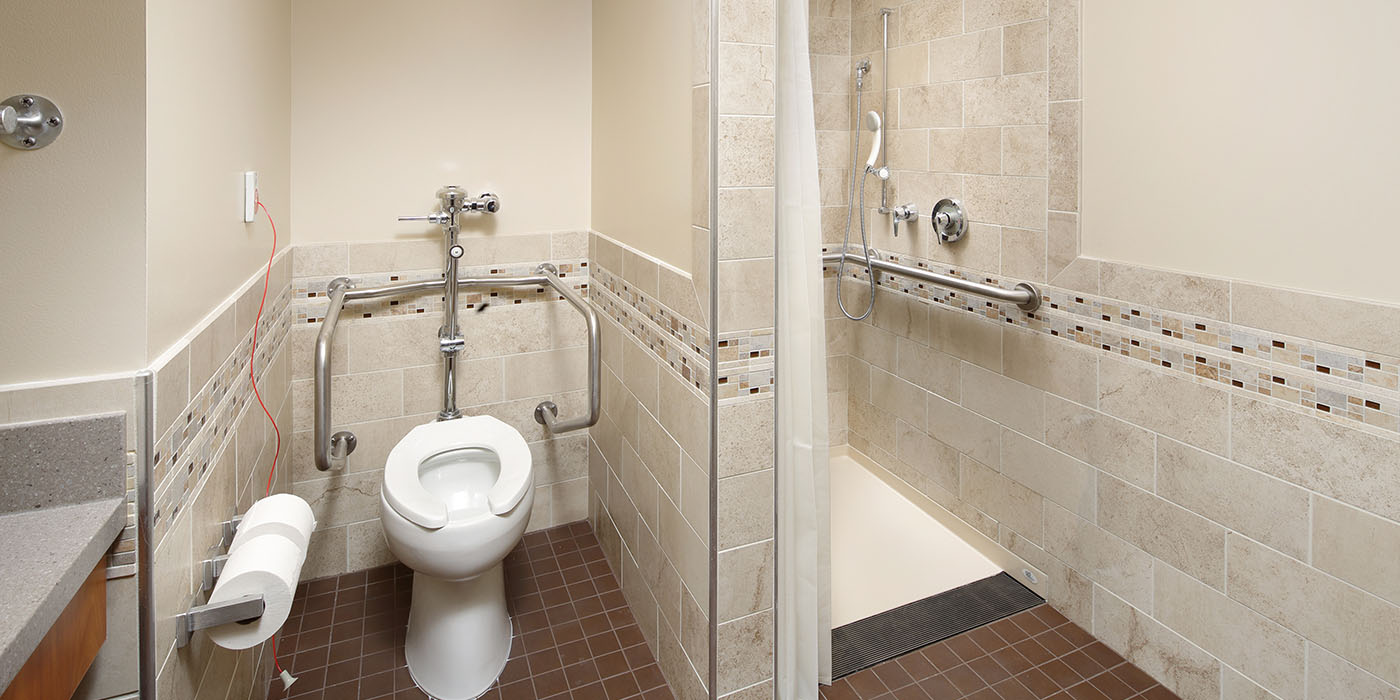 MBM was hired as the general contractor to provide interior renovations to all three floors of UPMC Heritage Place. The alterations included upgrades to mechanical, plumbing, and electrical systems, nurse call systems, and interior finishes. A total of 85 rooms received renovations as well as three nurse stations, three central bath facilities, the main lobby, physical therapy space, activity space, and dining room. The building’s elevators also received complete renovations. The building remained occupied and operational throughout construction. Because of this, construction occurred over ten phases within 32 months, and required special attention to infection control. The final phase was completed in December 2016.

We use cookies on our website to give you the most relevant experience by remembering your preferences and repeat visits. By clicking “Accept All”, you consent to the use of ALL the cookies. However, you may visit "Cookie Settings" to provide a controlled consent.
Cookie SettingsAccept All
Manage consent

This website uses cookies to improve your experience while you navigate through the website. Out of these, the cookies that are categorized as necessary are stored on your browser as they are essential for the working of basic functionalities of the website. We also use third-party cookies that help us analyze and understand how you use this website. These cookies will be stored in your browser only with your consent. You also have the option to opt-out of these cookies. But opting out of some of these cookies may affect your browsing experience.
Necessary Always Enabled
Necessary cookies are absolutely essential for the website to function properly. This category only includes cookies that ensures basic functionalities and security features of the website. These cookies do not store any personal information.
Non-necessary
Any cookies that may not be particularly necessary for the website to function and is used specifically to collect user personal data via analytics, ads, other embedded contents are termed as non-necessary cookies. It is mandatory to procure user consent prior to running these cookies on your website.
SAVE & ACCEPT